“Fly-fishing in the vast wilderness of Swedish Lapland” 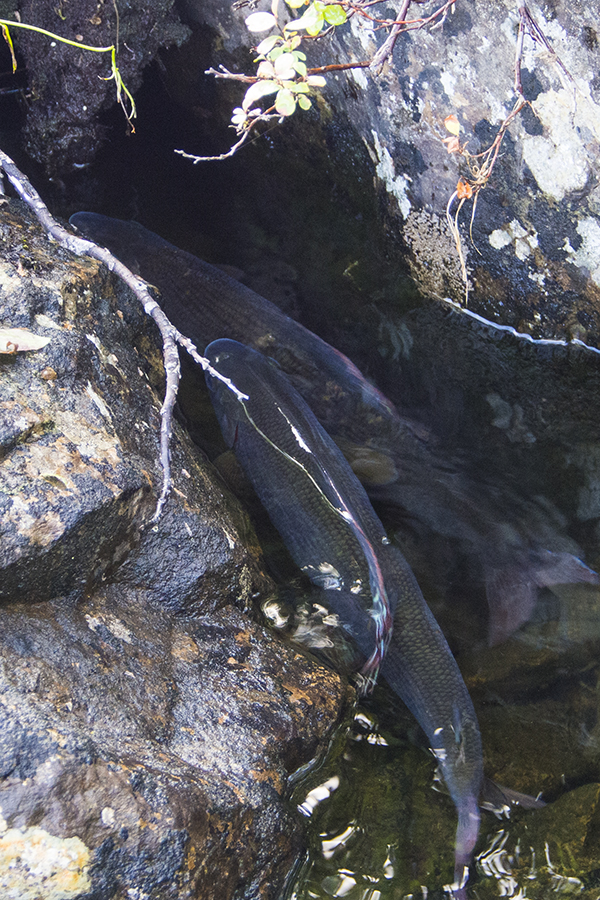 The grayling is a species of freshwater fish in the salmon family and prefers cold, clean, running waters, but also is in lakes and, in brackish waters around the Baltic sea. The grayling grows to a length of 70 cm and up to 3kg, the official Swedish record is 2,850 kg.
The fish has a big fin on the back.
The grayling or as some call it “the lady of the stream” feeds mainly on insects, sedges and smaller fishes. It is a favourite fish for the fly fisherman.
The author Gunnar Westrin has called the grayling the Sunfish. On a sunny day, you can catch the biggest grayling of your life. On an overcast day without much
angling success, a big grayling can light up your life.
The grayling of Lapland, Sweden is a special creature. It can be found in mountain lakes, forestland and in the Gulf of Bothnia.
The sea grayling thrives in the brackish water of the Gulf of Bothnia. You often find it around the mouths of large streams, as well as among the rocks and skerries of the outer archipelago. Fly fishing anglers find this fish a great challenge.
In the forests of Lapland, Sweden there are tarns, ponds, lakes and running water with a strong population of grayling. Catches of over 1 kg are not unusual.

“Join us for an adventure of a lifetime”

Gallery from this area