The European moose is a majestic herbivore well known for its big antlers.
The antler crown shows what level of fertility and strength the individual moose possesses.
The antlers are shed each year and are one of the fastest growing animal organs reaching a growth rate of up to 1.9 cm a day.
The Moose can be found in North America, Europe and Asia. In Sweden the largest moose reach up to 2 meters high at the shoulders and weigh 600-700 kilos.

It is expected that bulls that measures 250-350 CIC points. The Swedish record is 420 CIC points.
Moose is a solitary animal, although during the mating season they are closer in proximity.

The Moose hunt in Sweden has strong traditional value and aside from the meat that the hunt provides, the antlers are a sought after hunting trophy.
We hunt moose with specially trained free-running dogs that work independently and hold the moose at bay, so that the hunter can stalk and get into position to shoot. This method has long tradition in Scandinavia.
During the moose mating season, we hunt by calling. This method is the best if you are looking for bulls.
The season starts in September and ends in November.
Normally the best time is the end of September and the first half of October, when the bulls are easier to call. 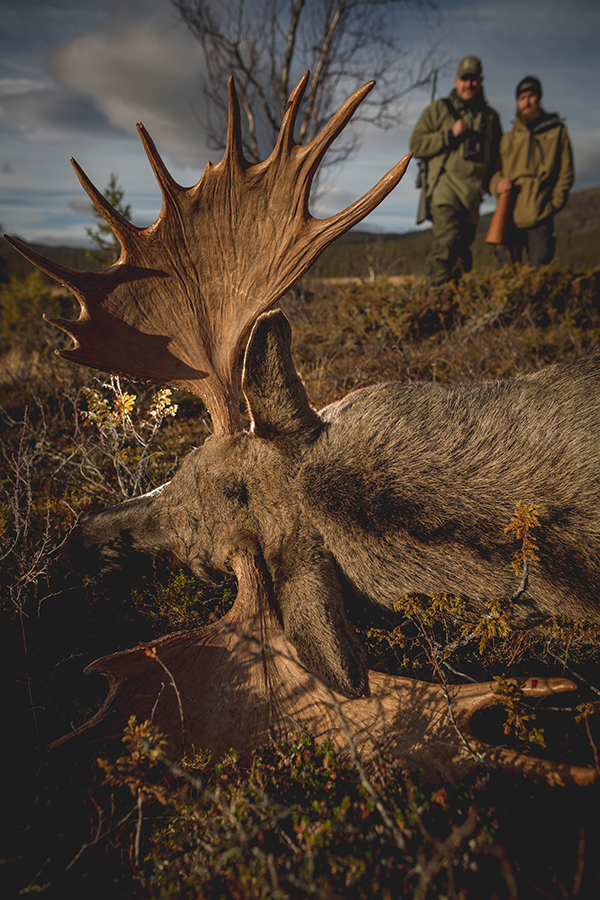 7-Day Bespoke Moose hunt in the mountains of Swedish Lapland

7-Day Bespoke Moose hunt in the mountains of Swedish Lapland

“A truly remarkable experience of a lifetime”

“challenge yourself by hunting the most elusive game in the world”

“We have created tailor made hunts since 1995 and our goal is to find the very best hunting grounds in Lapland, Sweden’s vast wilderness. This is the natural habitat for the most elusive game in the world. A true challenge for every hunter” 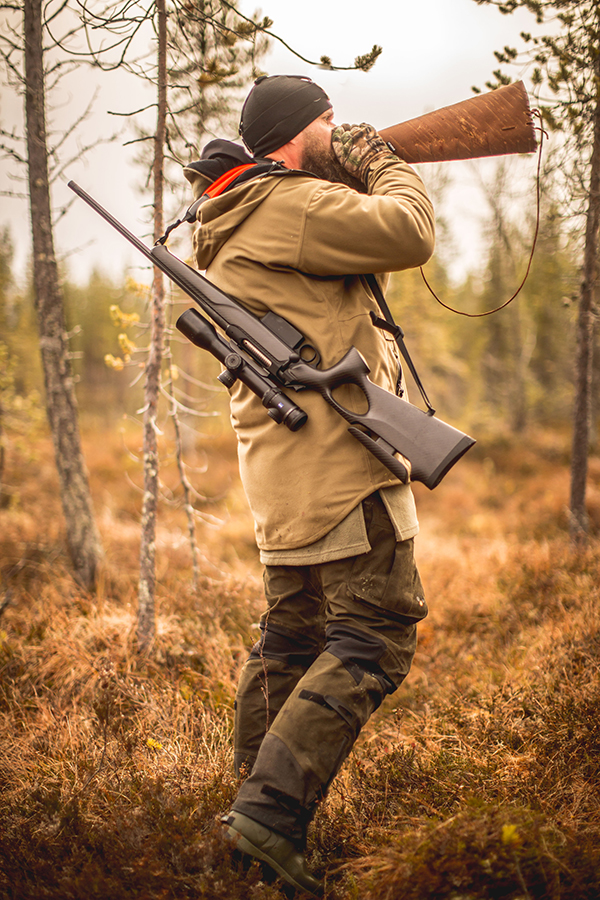 “NordGuide offers one of Lapland, Sweden’s broadest and most advanced hunting programs, where quality and professionalism are the keywords. We have lifelong experience of hunting and our well-trained guides are a professional guarantee of a successful adventure. Our programme offers exclusive hunting grounds all over Lapland, Sweden with a high standard of accommodation and generous range of alternative activities. Naturally we can help you turn your hunting dreams into reality.”

“REGARDLESS IF YOU CHOOSE TO STAY IN A WOOD HEATED HUNTING CABIN OR IN A LUXURY CHALET, WE WILL COMBINE YOUR STAY WITH SELECTED WINES AND LOCALLY SOURCED FOOD”